We were especially impressed by the different chemical formulation that Opti-Coat bases its coatings on. Unlike the other coating brands that are resins based on Silicon Dioxide (SiO2), Opti-Coat coatings are a special formulation using Silicon Carbide (SiC) to actually bond with the vehicle paintwork, which leads to it’s exceptional protective qualities.

For more than a decade, Opti-Coat has been setting the industry standard with their unique ceramic coating technologies.

Opti-Coat develop and manufacture proprietary resins utilising their Silicon Carbide (SiC) chemistry. Opti-Coat’s purpose is to provide their clients with a product that is the most durable, innovative and protective coating available.

The primary function of a ceramic coating is to protect the surface it is applied to. SiO2 and TiO2 based resins will hydrolyse and diminish over time. The hydrolysis and degradation of SiO2 and TiO2 based resins is accelerated with high pH products (such as alkaline degreasers) as well as at low pH cleaners (acid wash, etc.). By removing the Oxygen group and using SiC linkages as the polymer backbone, Opti-Coat coatings are unaffected by low or high pH levels (acids and alkalines) and resistant to UV breakdown.

During the development of Opti-Coat in 2004, a number of different resins were developed and tested for longevity, hardness, chemical resistance, UV resistance, scratch resistance and other desirable features such as gloss levels. These resins included SiC ceramic based resins as well as SiO2, TiO2, Silane, Siloxane, Fluoro, and a few other polymer resins.

Across the board, the SiC based resins that were developed outperformed all others for these criteria. The resins that were based on SiO2 and TiO2 were initially comparable in hardness, however, they were hydrolysed and diminished over time. While the hydrolysis of SiO2 and TiO2 based resins was slow in neutral or low pH exposure and took months to become apparent, it was quite rapid at pH above 10 due to catalytic cleavage of Si-O or Ti-O bonds with hydroxyl group at higher pH. SiC linkage on the other hand was completely unaffected by acids (low pH) or caustics (high pH) due to the lack of oxygen group.

This difference in performance means one layer of SiC based resin would last longer than multiple layers of SiO2 or TiO2 resins since SiC resin does not diminish over time. Furthermore, since the SiC bond is harder and more inert, it does not allow chemicals to penetrate and damage the substrate it is applied to.

For these reasons it was decided to develop the Opti-Coat resins using SiC as the polymer backbone. This has resulted in the Opti-Coat line of ceramic coatings providing the best protective properties to automotive finishes since their release in 2008. 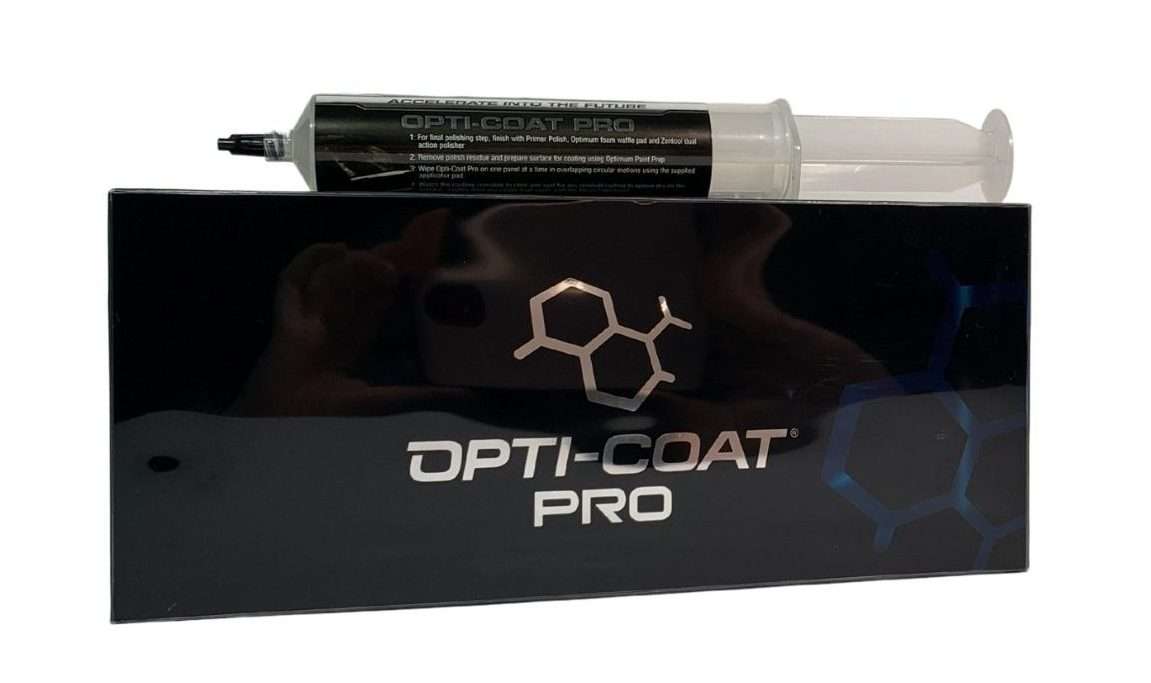 Opti-Coat Pro is the only Silicon Carbide based ceramic coating on the market. Offering full chemical resistance to pH 0-14 as well as hard wearing protection, Opti-Coat Pro will take the beating from the elements instead of your car’s paintwork – all while adding gloss and easier washing. It is backed with a 5 year warranty with no annual inspections or top ups required. See full warranty information here.

Get Quote for this Ceramic Coating in Newcastle 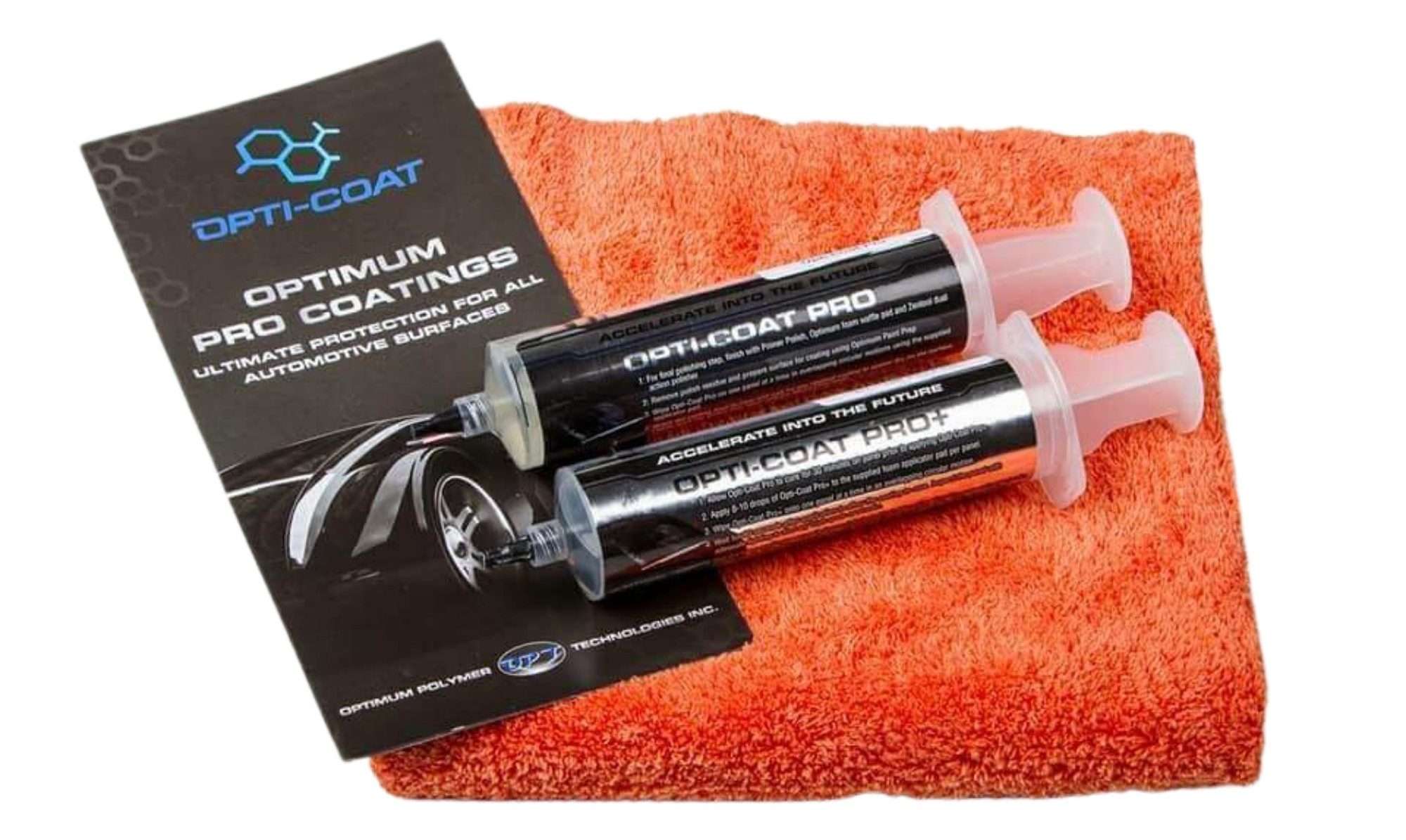 Opti-Coat Pro+ is a dual layer ceramic coating consisting of the installation of Opti-Coat Pro followed by Pro+. The addition of Pro+ provides harder, more durable protection and ramps up the gloss and slickness dramatically compared to Opti-Coat Pro on its own. The warranty is extended out to 7 years with no annual inspections or top ups required. See full warranty information here.

Get Quote for this Ceramic Coating in Newcastle

Opti-Guard is available as an add-on interior protection with any of our ceramic paint protection packages.

Get Quote for Interior Protection in Newcastle